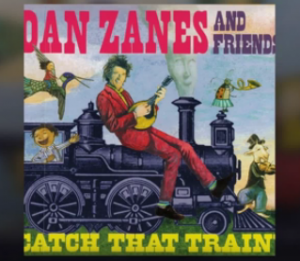 Here’s our last highlight on our songs for our April 12th and 19th concerts! According to Wikipedia, Dan Zanes moved to New York City after he and his wife had their first baby. Dan started playing music with a group of other fathers he had met at area playgrounds – where they took their kids to play. Later the group became The Wonderland String Band. Later the band became Rocket Ship Venue and its focus was to play music that was not just for kids or just for adults. Each album that was produced became a hit and many times the album included famous special guests like Natalie Merchant, Rosanne Cash, and Sheryl Crow. Here’s Dan and Friends version of Country Life:

*featured photo is a screenshot of this YouTube video.