The Traveling Kind song highlights: The Night They Drove Old Dixie Down 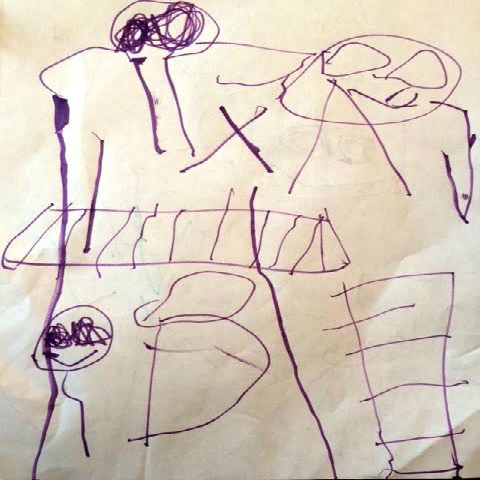 Tobin’s illustration depicts the North driving the South down and the people who felt the impact.

by Aprille Clarke and Tobin Crall

“The Night They Drove Old Dixie Down” was written by Robbie Robertson of The Band and later covered by Joan Baez. The album upon which it first appeared, The Band, is a concept album, exploring various aspects of Americana. “The Night They Drove Old Dixie Down” tells the story of the suffering of southern families at the end of the U.S. Civil War. As Ralph J. Gleason describes in a review in Rolling Stone (October 1969), it “seem[s] impossible that this isn’t some traditional material handed down from father to son…It has that ring of truth and the whole aura of authenticity.” Yet, Robertson is Canadian and relied on research to capture the semi-factual content.

The song has proven resonant to many listeners and was included in Rolling Stone’s “500 Songs that Shaped Rock and Roll” and Time Magazine’s All-Time 100. Besides Joan Baez, whose cover was a top-five chart hit in 1971, Johnny Cash, John Denver, the Allman Brothers Band, the Black Crowes, and Sophie B. Hawkins have all recorded covers.

Singing this song in Family Folk Machine gave our family the opportunity to discuss the U.S. Civil War, slavery, the brutality of war, and the legacy of racism that lingers in our country.  We talked about how we can enjoy the song and feel sympathy for all people whose lives are destroyed by war. At the same time, we can appreciate the strides we have made since the days of slavery and consider the work that we have yet to do.

Tobin (age 4) says: The song is so fun. This song I love is so great. I like the “drove old Dixie down” part. I’m very glad [slavery] is not allowed anymore.  Some people think it’s not okay to have friends with dark skin and those persons are LIARS.